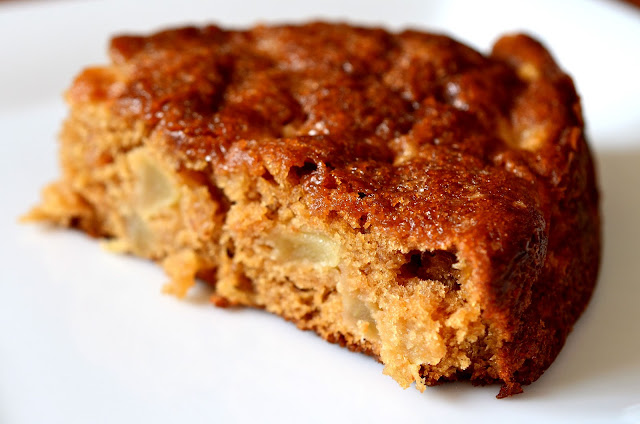 As soon as Michael saw an email from his mom appear in his inbox with the subject "I invented a new apple cake," we knew that we would be baking that night. My mother-in-law is a terrific cook; before we met, our first email exchange was about how to make her roast chicken. She's great with savory dishes but, probably because she has a sweet tooth like me, she is particularly inspired when it comes to creating new desserts.

When we looked the recipe over we had the immediate gut reaction of wanting to add cinnamon, because apples and cinnamon are such a natural combination. But it's possible that no one else in the world loves cinnamon more than Michael's mom - she buys it by the 18 ounce jug, and her dishwasher is stained reddish brown. So if she doesn't put cinnamon in something, she must have a good reason. We baked the cake and yes, of course, Michael's mom was right - not just right, but genius. You have a moist cake with a little tang of buttermilk, you have apples, and you have brown sugar, and it turns out that's all you need. After taking one bite, I declared this an all time top cake. 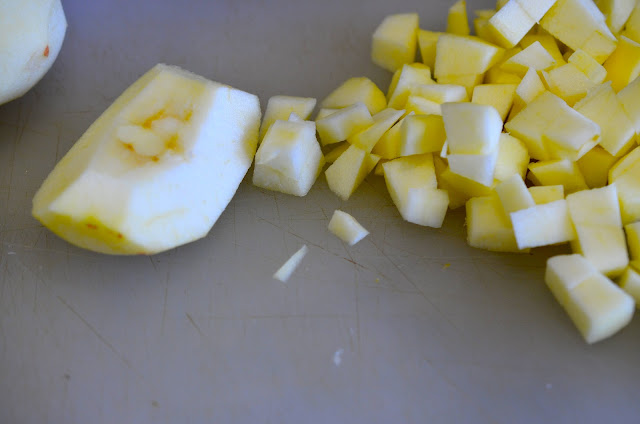 Beat butter and 2/3 cup brown sugar with an electric mixer at medium-high speed until pale and fluffy, about 2 minutes, then beat in vanilla. Add egg and beat well.
At low speed, mix in flour mixture in 3 batches, alternating with buttermilk, beginning and ending with flour, and mixing until just combined. Gently stir in apples. 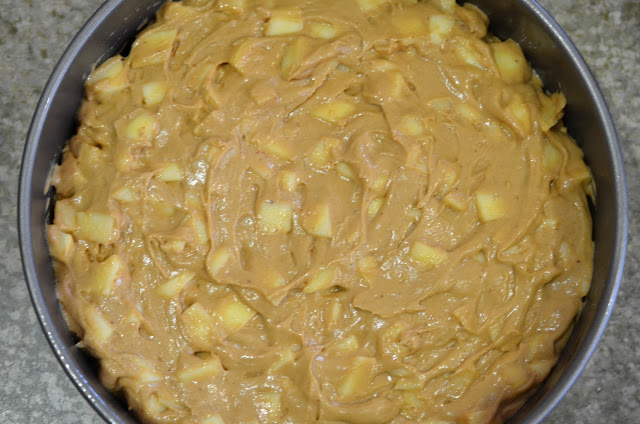 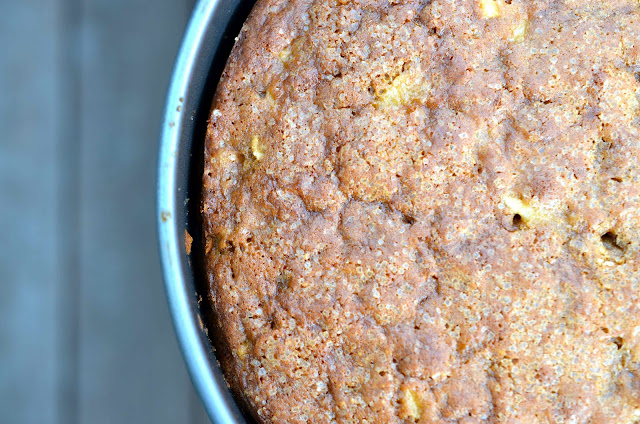 Bake until cake is golden and a wooden pick inserted into center comes out clean, 25 to 30 minutes. Cool in pan 10 minutes, then turn out onto a rack and cool to warm, 10 to 15 minutes more. Invert onto a plate and flip right side up.