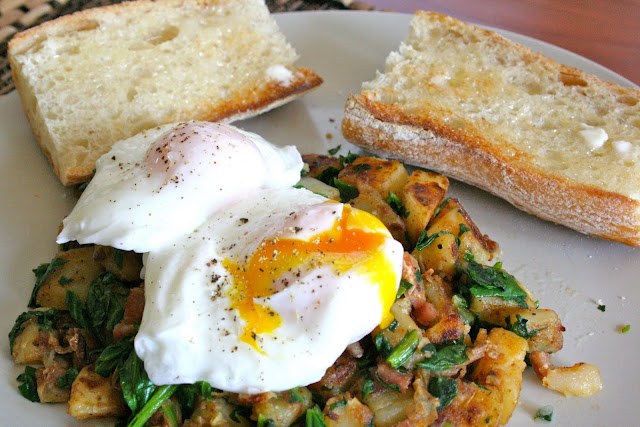 Just before I moved to California, where I met Michael in 2005, I was living in a small town in Brazil, teaching English at a language school. While I was there, I ate a lot of papayas (and papaya ice cream), learned how to play the guitar, introduced my Brazilian friends and family to chocolate chip cookies, and got in the habit of eating churrasco with my lovely host family every Sunday. I also spent what seemed like an inordinate amount of time talking about things that we don't do in the U.S. Here are two of my favorite misconceptions about American life:


1. All Americans eat eggs and bacon for breakfast every day.
2. All Americans live in two story houses.
OK, the first one I got, no problem - I know that we have a worldwide reputation as bacon-and-egg fiends. But the second one was more puzzling to me, until I finally figured out the obvious culprit when someone said "but on TV, everyone in America always lives in a two-story house!" Ah-ha. And if you think about it, it's true; picture any family sitcom set (Full House, Cosby Show, Married with Children, Fresh Prince of Bel Air) and there is, inevitably, a staircase featured prominently in that big living room where everything happens. And usually, that same family gathers for breakfast for some humorous exchange before the kids head off to school, and the mom is cooking a full breakfast of eggs and bacon. Most of us here in the US probably don't spend too much time thinking about how other countries are constantly receiving images of life in the US in the form of television and movies, and although they know that television and movies are not reality, when they're the only images you have of something they're hard to ignore.
Michael and I don't live in a two-story house, and we usually eat yogurt and granola for breakfast, but like many of you, I suspect, we do enjoy spending a lazy weekend morning cooking some serious brunch food. Last week we were lucky enough to get some more fresh eggs from our friend Liz, so we knew it was time to tell you about these hash browns we've been working on. We'd always been dissatisfied with our homemade hash browns, and wanted them to turn out like the fantastic ones at Park Chow. They never seemed to cook through. They took too long. So we did some research and this Perfect Hash Browns recipe from Food Network gave us the key: cook the potatoes separately before browning them in the pan. In that recipe they roasted them, but we decided to boil the potatoes. We also added some bacon and spinach, and topped it all off with a poached egg. Delicious!
Best Hash Browns (serves 2)
- 2 medium white potatoes
- Dash of olive oil
- 1 tsp onion powder
- 1/2 tsp paprika
- Dash of cayenne pepper
- Salt and pepper, to taste
- 1 slice of bacon
- 3-4 green onions (white and 2 inches of green), chopped
- 4 (loosely packed) cups spinach, coarsely chopped
- Your choice of egg (optional) 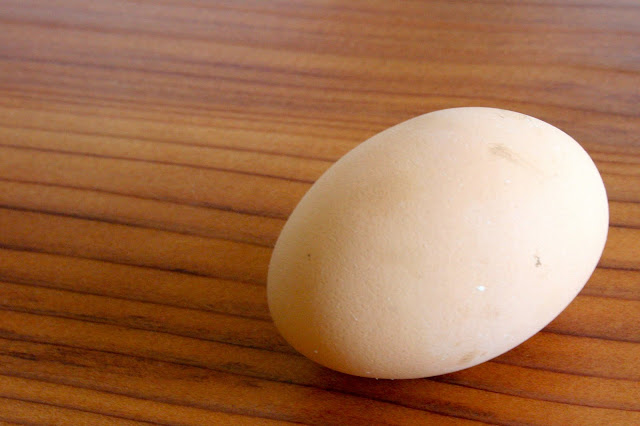 Wash the potatoes. Bring a medium pot of water to a boil and cook the potatoes (with the skin on) until you can pierce them with a fork (about 30 minutes). Drain the potatoes and let them cool until you can handle them.
While the potatoes are cooking, cook the bacon in a large skillet. Cook on both sides until browned, then remove the bacon to a paper towel to drain. Leave the bacon fat in the pan - you will use it to cook the potatoes. When the bacon has cooled (it will crisp up), chop it into small pieces and set aside.
Cut the potatoes into half inch cubes, leaving the skin on (some of it may start to flake off, which is okay - it will all crisp up together when you cook it). Put the cubed potatoes in a medium bowl and add the olive oil, onion powder, paprika, cayenne, and salt and pepper. Mix well. 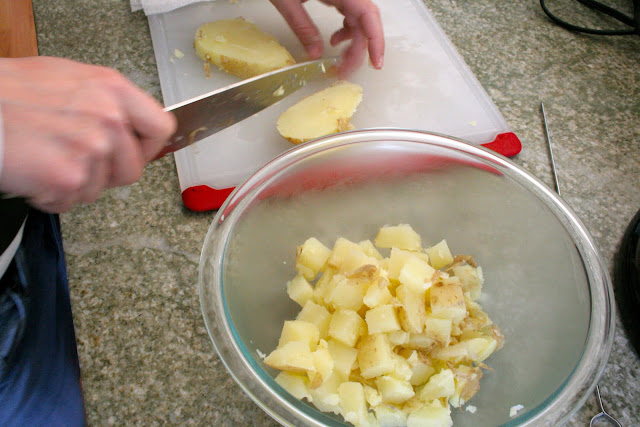 Heat the skillet with the bacon fat to medium high heat, and add the potatoes. Spread them out evenly so that each piece of potato is touching the skillet. Let them cook without stirring until the potatoes have started to form a golden brown crust (4-5 minutes), then turn them. Continue rotating the potatoes until they are well browned (you won't be able to get every single side of every single cube browned; just make it as even as you can). 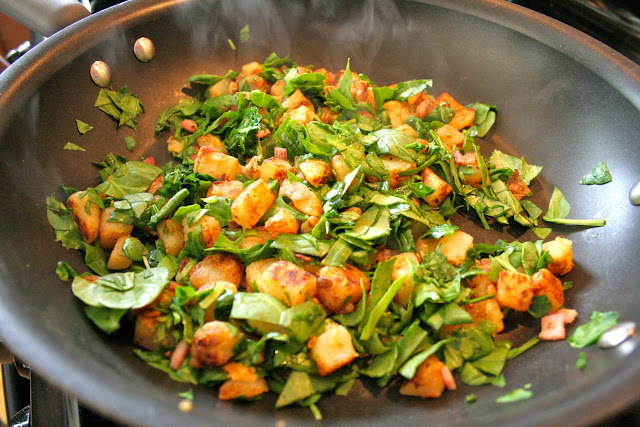 When the potatoes are nearly done, add the green onions to the pan and stir them in; let cook for 2 minutes, then add the spinach Stir everything together and cook until the spinach has wilted (about 2 minutes). Stir in the bacon, and adjust seasonings. Use the back of a spoon to smash some of the potato pieces, blending the flavors together.
Serve topped with your favorite style of egg. We poached ours (excellent tutorial over at Smitten Kitchen). 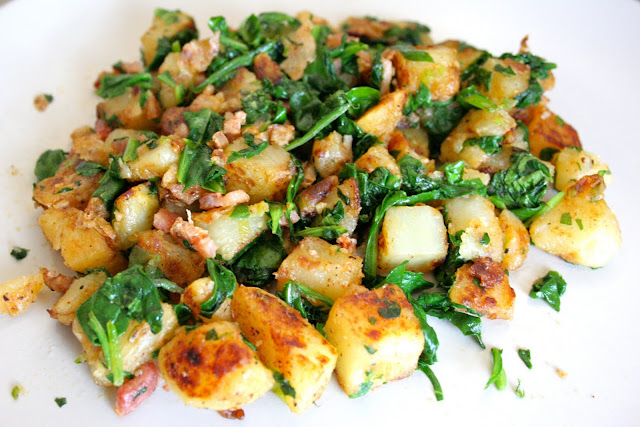