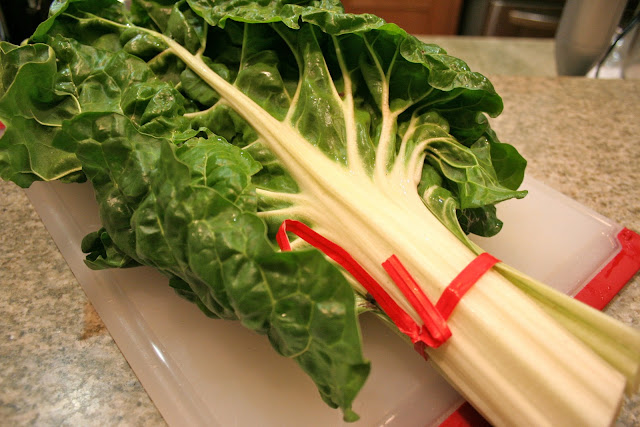 Chard has always been my favorite side green (Amanda's favorite is kale), and we've always just sauteed it with some garlic, olive oil, salt and pepper. This cooking method has also always produced tasty results in less than ten minutes, but over Christmas we learned that we've been utilizing only about 50% of the chard's mass and flavor.

Normally we compost the the thick, white center stalk of the chard leaves and just cook with the leafy green parts, but Amanda's father, Bob, showed us a way to use the entire leaf, thick white center part and all. The process involves roasting the chard in the oven for a much longer period of time than you would on the stovetop. The result is a dish that's not only 100% larger, but also juicier and far more flavorful.
This chard recipe is still quite simple, and it only takes about half an hour. It also involves a bit of extra creami- and savoriness with the addition of cream (or milk) and parmesan. Chard is a side that will go great with most dishes, and on the night that we made it for this post, we served it with flank steak and roasted creamer potatoes. And while we used green swiss chard, you can use the same recipe for red and rainbow chard as well.
Over Roasted Chard (makes about 3 side portions) 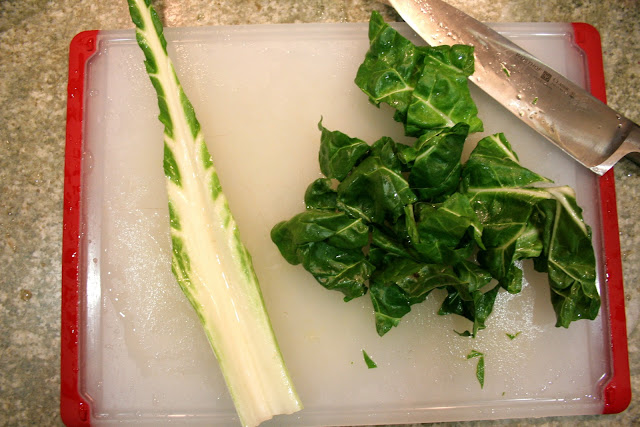 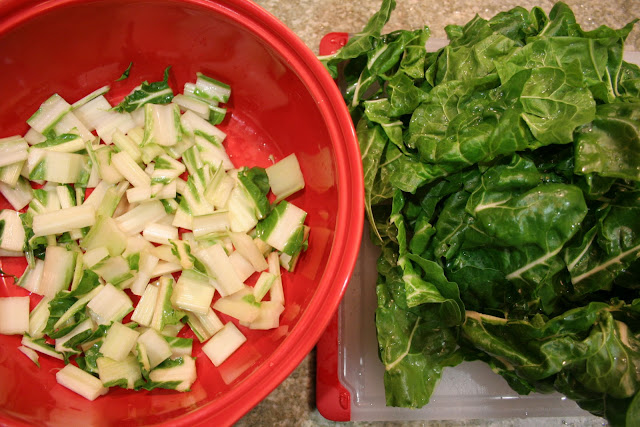 Preheat oven to 350. Put the cut up stalks into a large baking dish, drizzle with oil, sprinkle with salt and pepper, and mix to coat evenly. Put the dish in the oven for 15 minutes. Meanwhile, in a large mixing bowl, lightly coat the leafy parts of chard with olive oil, salt, and pepper. After the stalks have been cooking for 15 minutes, add the leafy parts to the baking dish. 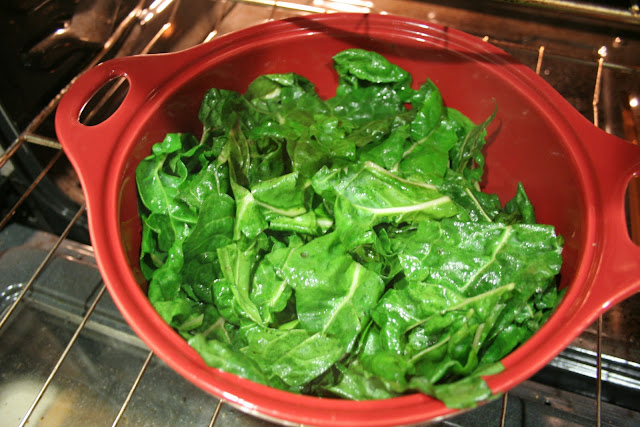 3 minutes after adding the leaves, stir the chard around, making sure to spread around the small pool of liquid that has formed at the bottom of the dish so all of the leafy parts stay moist. Add in the the milk or cream and mix. Keep mixing every 3 minutes. 12 minutes after adding the leafy parts, add the parmesan and mix. After 30 minutes total (3 minutes after you add the parmesan), or when the chard looks sufficiently cooked, remove the dish from the oven and serve immediately. 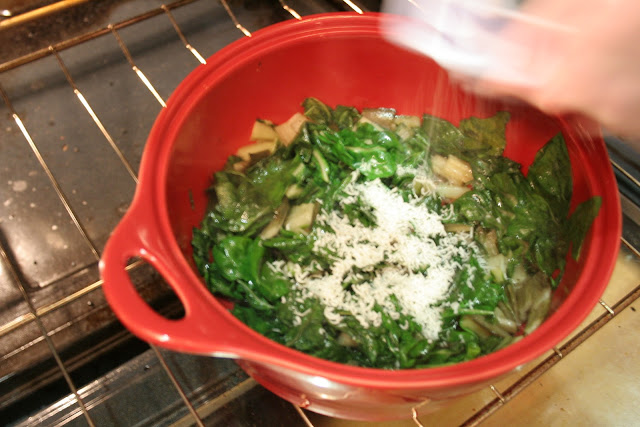 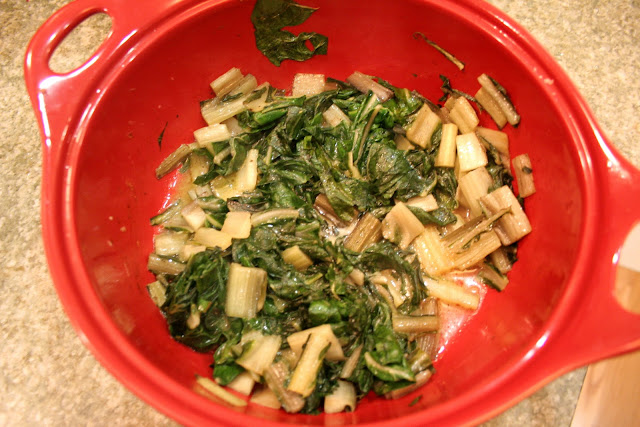 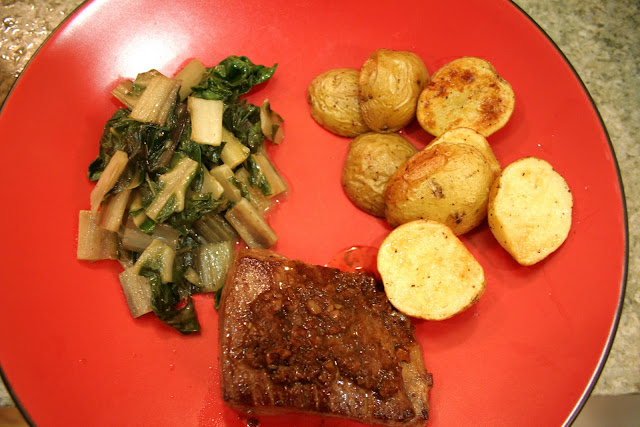 at 5:40 PM
Labels: chard, side dish, simple, vegetarian
Email ThisBlogThis!Share to TwitterShare to FacebookShare to Pinterest