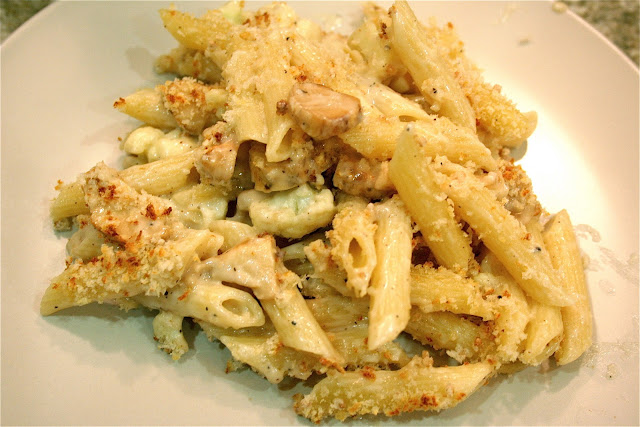 Macaroni and cheese was probably the first thing that my mother taught me how to cook, and it was one of the few things I knew how to cook well when Michael and I met. It is the quintessential comfort food for me, and it used to be my go-to dish when I was cooking alone. Michael likes it too, of course - who wouldn't? But he feels that a mound of carbohydrates and cheese is just not enough to satisfy him. And recently, when Michael has been out of town and I've cooked for myself, I've found myself moving away from mac and cheese and cooking things that involve more veggies. Maybe that means I'm a grown-up?

So, we've been working on ways to make this classic dish more hearty, satisfying, and nutritious. We've also been pondering the great mac and cheese conundrum: the crispy top produced by baking is delicious, but baking dries out the creaminess of the sauce, which is one of the best parts. We tried a lot of different vegetables and we fell in love with cauliflower in mac and cheese - it has a perfect, slightly crisp texture and a flavor that blends nicely with cheese. Mushrooms add a nice earthiness, and using gruyere cheese really elevates the flavor of the dish. We also decided to top it off with breadcrumbs and brown the dish quickly in the broiler so that we could have the best of both worlds: crispy and brown on top, creamy and smooth inside.
There are plenty of variations on this recipe; we also really like it with a leafy green like chard or kale in addition to the cauliflower.
Cauliflower Mac and Cheese Gratinée (serves 4)
- Olive oil
- 3 cloves garlic, finely chopped
- 1/2 a large head of cauliflower, broken up into florets
- 1/2 pound matsutake or other wild mushrooms, sliced
- 10 oz penne pasta
- 2 tbsp butter
- 2 tbsp flour
- 3/4 cup milk (we used 1%; any fat content will work)
- 1 cup grated gruyere cheese
- 1 cup fine breadcrumbs
- Salt and black pepper to taste 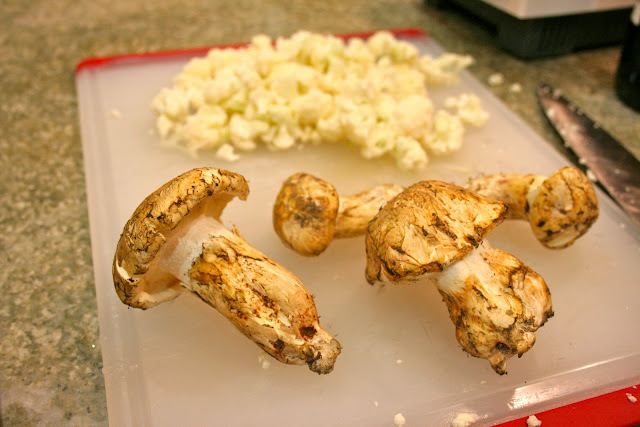 Heat some of the olive oil in a large skillet over medium heat. Add the garlic and let it cook just until fragrant (about 2 minutes). Add the cauliflower, season with salt and pepper, and cook until tender but still slightly crisp (about 10 minutes). If the cauliflower gets too dry, add a splash of wine, stock, or water to deglaze the pan. Remove the cauliflower and set aside.
In the same skillet, heat more oil at just over medium heat. Add the mushrooms, season with salt and pepper, and cook until all the water has evaporated and the mushrooms are tender and slightly browned (about 10 minutes). Remove the mushrooms from the pan and set aside.
At this point, begin cooking the pasta according to your package's directions. Meanwhile, make the sauce. First melt the butter in the same skillet over medium heat. Once it has melted, add the flour, mix well, and let the two bubble together for a couple of minutes before whisking in the milk. 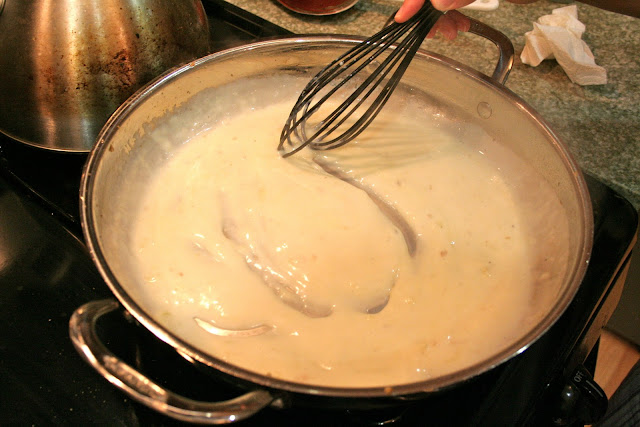 Keep whisking until the milk has thickened. Add the cheese, salt, and pepper, mix well, and put the cauliflower and mushrooms in to rewarm them. When the pasta is ready, mix all ingredients in a baking dish. 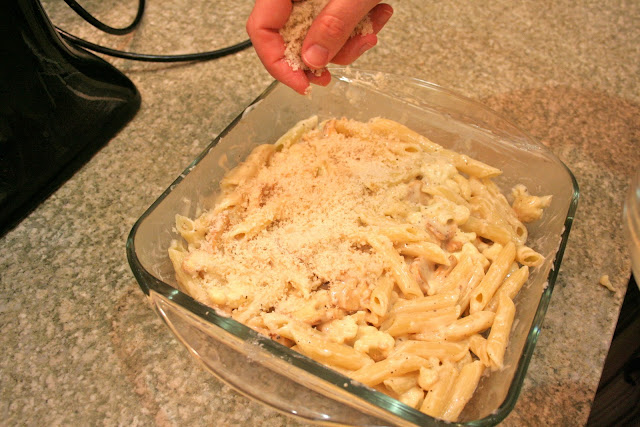 Turn the broiler on to high and put the baking dish in. Bake until the top is golden brown (about 5 minutes) - you'll want to keep a careful eye on this one, since there's a fine line between perfect and burnt! 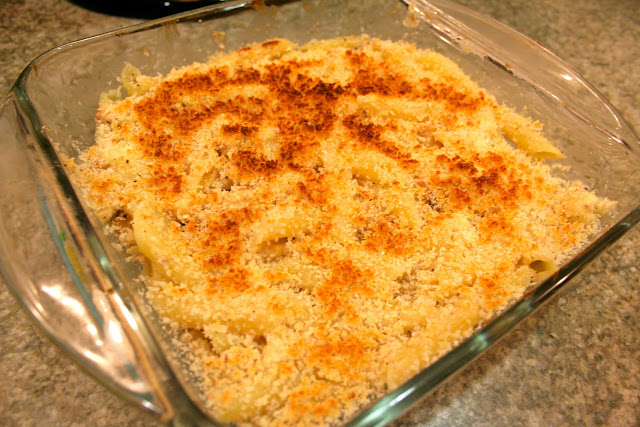