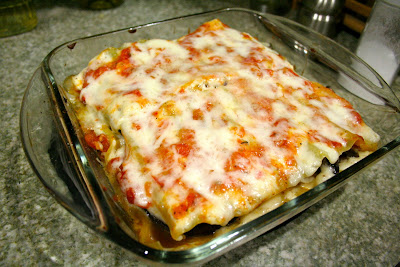 When we think back to our cooking and eating when we first moved in together in grad school, we're pretty amazed at how much better we are now. Well, at the cooking part anyway - we've always been good at eating. Back then, we pretty much had a rotation of about three dishes that we made - and some were definitely better than others.
This vegetable lasagna is one of the few tried and true dishes that we have been making ever since we started cooking together, though naturally with a few tweaks and modifications along the way. One major change we've made was to use béchamel instead of ricotta - we find that the sauce does a better job of holding the dish together, and with the parmesan it adds a creamy texture and savory taste. Eggplant and mushrooms are such hearty and flavorful vegetables that even if you're used to meat in your lasagna, we don't think you'll miss it here. 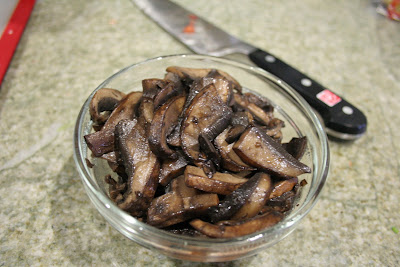 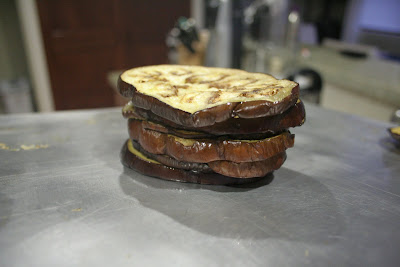 We feel obliged to tell you that this dish involves preparing several different ingredients separately (tomato sauce, béchamel sauce, eggplant, and mushrooms) then assembling, so there are a fair number of steps and dishes involved. It definitely helps to get the "no boil" lasagna - the noodles cook through from the liquid in the sauces while the dish bakes, and you're saved one dirty pot. And you can do a lot of things at once - first get the eggplant in the oven, then start the tomato sauce if you're making it, then you can do mushrooms and béchamel while the eggplant bakes and the tomato sauce simmers. And you can clean up dishes as you go and while the lasagna bakes so you're not faced with a sink full of dishes when your belly is full of lasagna.
Eggplant and Mushroom Lasagna (serves 4)
- 6 lasagna noodles, cooked or "no boil"
- 1 small to medium sized eggplant
- 1/2 lb mushrooms (we used portobello, but any kind will do)
- 1 cup tomato sauce
- 1 cup béchamel sauce (recipe below)
- 1 cup grated mozzarella cheese
- 1/4 cup grated parmesan cheese
Preheat the oven to 400 degrees. Slice the eggplant into 1/2 inch thick rounds and place them on a baking sheet. Brush both sides with olive oil and put in the oven; bake until they are tender (about 30 minutes).
Meanwhile, make the tomato sauce - you can use the same recipe we described in our Middle Eastern Meatballs post, but leave out the cayenne (or leave it in, as you like). 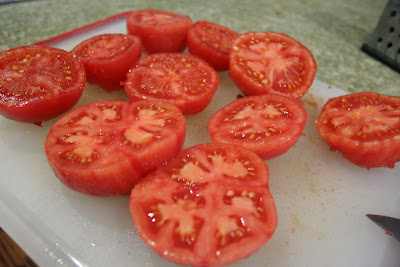 Slice the mushrooms and heat some olive oil in a skillet over medium high heat. When the oil is hot, add the mushrooms, season with salt and pepper, and cook until all the water has evaporated and the mushrooms begin to brown (about 10 minutes).
Make the Béchamel Sauce:
- 2 tbsp butter
- 2 tbsp flour
- 1 cup milk
- 1/4 cup parmesan cheese
- Salt and black pepper to taste
Melt the butter in a small saucepan over medium low heat. Stir in the flour and let the two cook together for three or four minutes (the mixture should be bubbling). Whisk in the milk and turn the heat up to medium. Keep stirring until the milk thickens to the texture of a cream sauce. Add parmesan, salt, and pepper to taste. 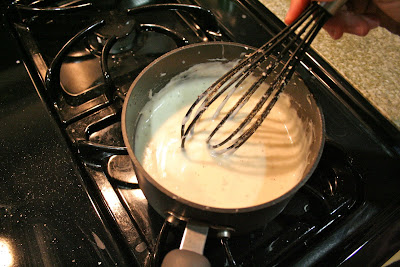 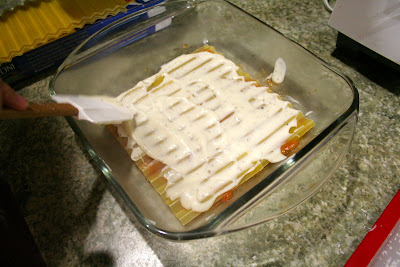 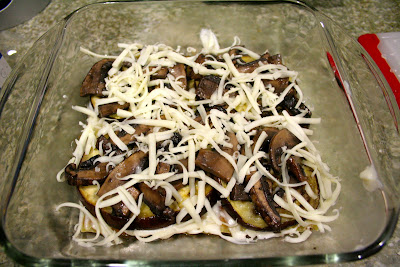 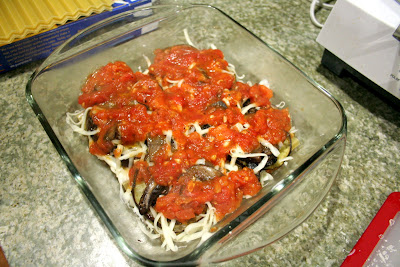 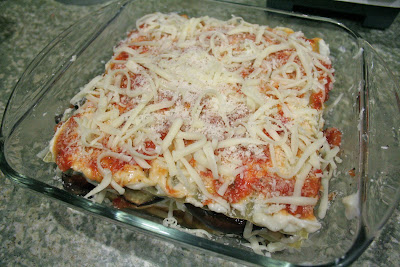 Sprinkle the parmesan on top, cover the dish with tinfoil, and bake at 375 degrees for fifteen minutes. Remove the foil top and let the dish bake another fifteen minutes. And the best part - this dish is even better reheated, so we always make a batch large enough for at least another meal. 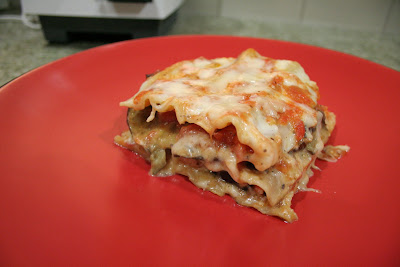